From the mini-black and white screen of a few pixels to the stunning full screen of several megapixels, technological progress is so amazing. However, cell phones have an important component that has not been greatly improved for decades. The most talked about by people is battery.

In the era of functional machines, the full battery life of mobile phones is usually not less than 2-3 days or even longer, but in the era of large-screen smart phones, the mobile phone's endurance has suddenly dropped to a day, or even less than. Why doesn't Moore's Law apply to the development of batteries? Why is it so difficult to reduce the volume and increase the capacity of the battery? What exactly happened to the development of the battery? Today, we come to talk about cell phone batteries, past and present.

People in the 80s use Motorola DynaTAC 8000X phone

â—† In the early days, solve problems with a mature cylindrical nickel-cadmium battery 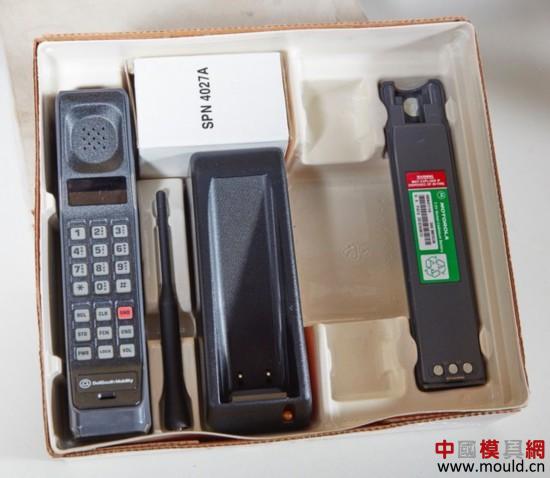 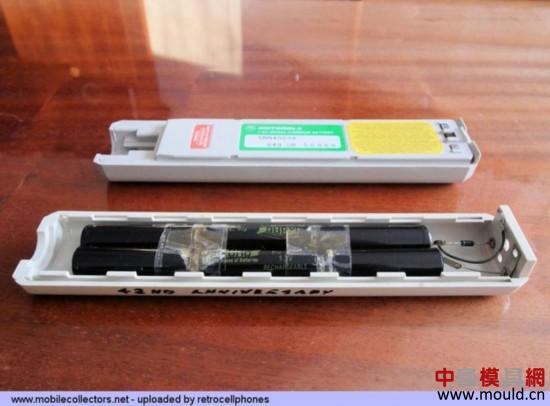 It can be seen from the figure that the internal design of the battery compartment can be described as ridiculous. Six cylindrical batteries are bundled with tape to form a battery pack with an output voltage of 7.5V. Compared to today's 3.8V battery voltage, power consumption is much higher. From the packaging information, it can be seen that the battery it uses is the Nickel-Cadmlum Battery widely used in that era.

A device that requires a 7.5V high voltage supply consumes a natural amount of power. Despite such a huge battery pack, the Motorola DynaTAC 8000X has only 20 minutes of talk time. But even worse, it takes up to 10 hours to fully charge it. 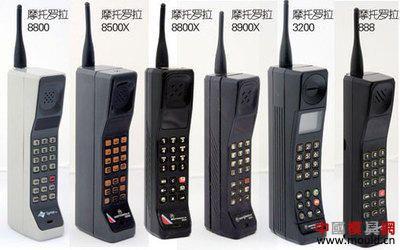 History of "big brother" evolution, the first on the left is the Motorola DynaTAC 8000X

In addition to the short battery life and long charging time, the memory effect of nickel-cadmium batteries is also very serious and cannot be used by users. But in those days, higher-capacity lithium and nickel-metal hydride batteries were still in the laboratory. Scientists could only continue to use nickel-chromium materials, but they tried to improve the internal space to make the battery smaller and use new The technology optimizes the circuit to reduce power consumption, thereby reducing the size of the handset in constant innovation.

â—† In the early 1990s, the battery was miniaturized in a customized way

In the early 1990s, with the establishment of the 2G standard, mobile communication technologies have become more and more mature and have ushered in an explosive growth. However, the traditional â€œBig Brotherâ€ form factor has become the place most complained by users, who can be said The smaller the handset design, the one who owns the market. Therefore, in order to miniaturize, mobile phone manufacturers began to abandon the traditional battery compartment containing a cylindrical nickel-cadmium battery, and instead use custom miniaturized nickel-cadmium battery packs. 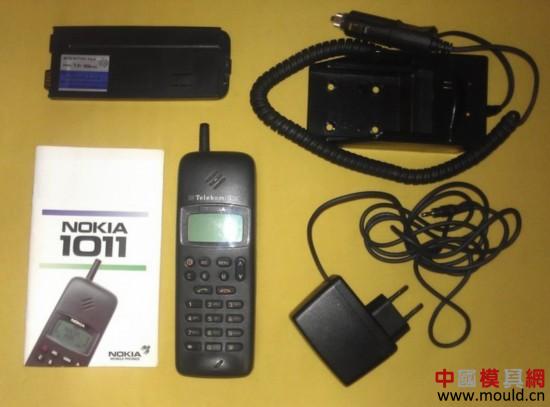 In October 1992, Nokia launched the first GSM network phone 1011 to use this design. Its weight was controlled at 476g, which is almost half of the weight of the early "Big Brother." Although the system's design voltage is still 7.2V, but thanks to improved power control, the machine's standby time can reach 12 hours, 3 hours of talk time is 6 times the first generation of "Big Brother." However, such performance still needs a day's rush, and nickel-chromium battery charging time should be around 10 hours, it is still very inconvenient to think about.

What is the memory effect?

If you have contact with old-fashioned mobile phones in the 1990s, you must remember that these phones must be charged for a long time when they are used for the first time, and they should perform regular deep charge and discharge every month or so. Otherwise, the battery capacity of mobile phones will be significantly reduced. This is the memory effect. This phenomenon is most common in early nickel-cadmium batteries, and the nickel-metal hydride batteries in the medium-term have some minor influences. In the late lithium battery era, this problem did not exist. Therefore, in the era of lithium batteries, we can use it with mobile phones.

In the 1990s, with the advancement of semiconductor circuit technology, the size of mobile phones became more and more compact on engineers' drawings, but the volume of batteries alone cannot be reduced proportionally like the whole machine. It is clear to everyone that nickel-cadmium batteries can provide limited power, and that if you want to have good battery life, you can only maintain a larger proportion of battery space.

The advent of nickel metal hydride batteries made the industry see new hopes for mobile phone batteries, because the cost of this battery technology is not much higher than that of nickel-chromium batteries, but the battery capacity has been significantly improved. What also makes designers very happy is that compared with nickel-cadmium batteries, nickel-metal hydride batteries are not only more environmentally friendly, but also have less obvious memory effect, which is a very ideal alternative product. 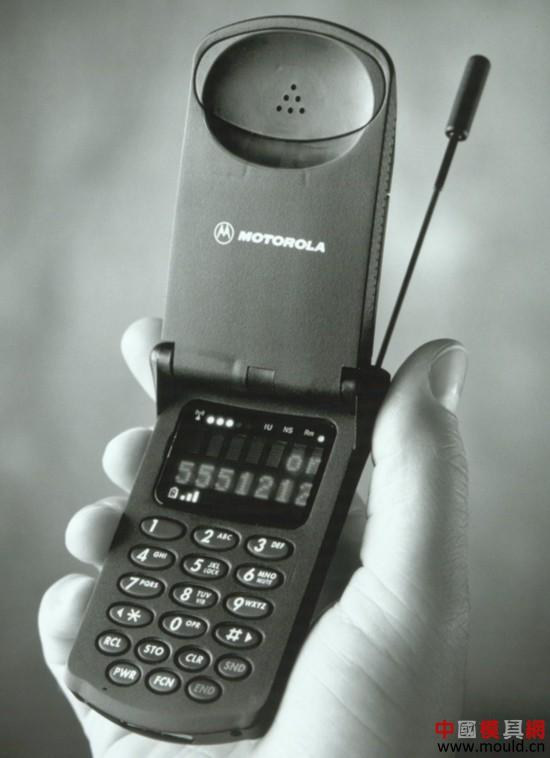 For the mobile phone users in the early 90s, the shape of the mobile phone is a brick. However, there is a mobile phone to subvert everyone's perception, that is - Motorola StarTAC, it uses a shell flip design, one hand can easily hold, and can achieve such a mini figure, of course, and miniaturized battery design It is inseparable. 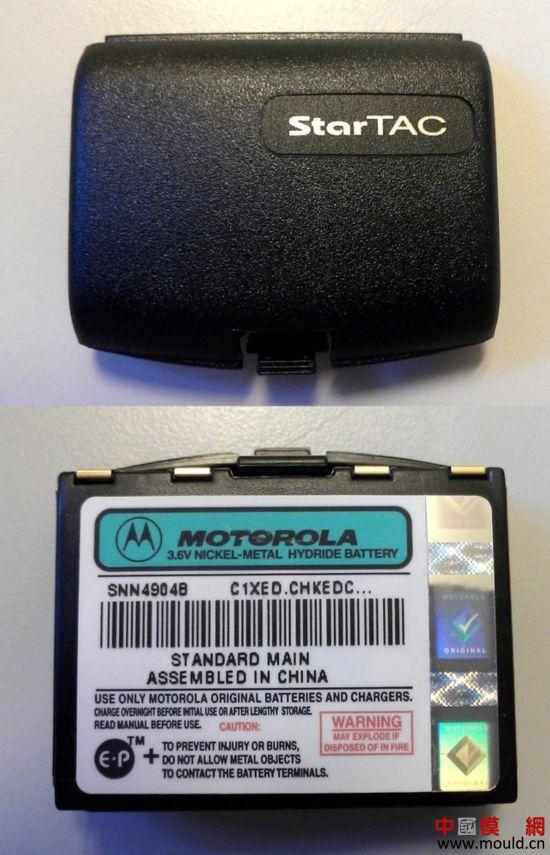 A small nickel-metal hydride battery was used on the Motorola StarTAC, and the battery voltage was reduced from the traditional 7.5V to 3.6V.

In 1992, Sony's lithium-ion batteries, which had been developed for many years, were finally put into commercial use, but due to the high selling price and the unobvious power advantage, they could only try their hand at their own products.

However, all this was broken with a slogan in 1994, when Dell's notebook products used lithium-ion batteries for the first time, and they played: "Dell laptop, let you use the Los Angeles from the plane on the plane!" The slogan is like: "Recharging for five minutes, talking for two hours" is as fresh as the people at the time.

The previous progress of mobile phone battery is so difficult 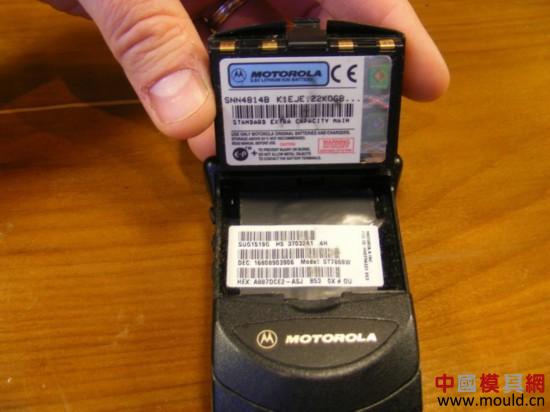 Remember the Motorola StarTAC we talked to before? The aircraft was also introduced as a lithium-ion battery as an accessory, but it can only be installed, and it needs to pay higher costs than the original nickel-metal hydride battery. Because Lithium batteries can bring higher battery capacity, this accessory was very popular at the time. 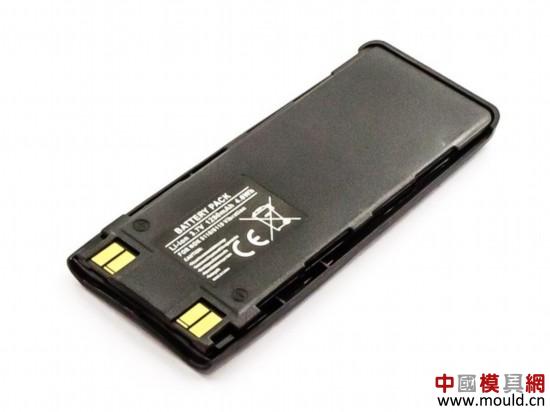 Nokia's 5110 mobile phone launched at the end of the 1990s, lithium-ion battery capacity of 1250mAh, the aircraft is a big selling point is the long life

Time has come to the first decade of the 20th century. I believe this is the happiest era for mobile phone enthusiasts after 80s and 90s. Because in this decade, there are too many imaginative products available, such as the following models: 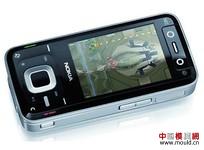 In the first decade of the 21st century, various forms of mobile phones emerged in an endless stream 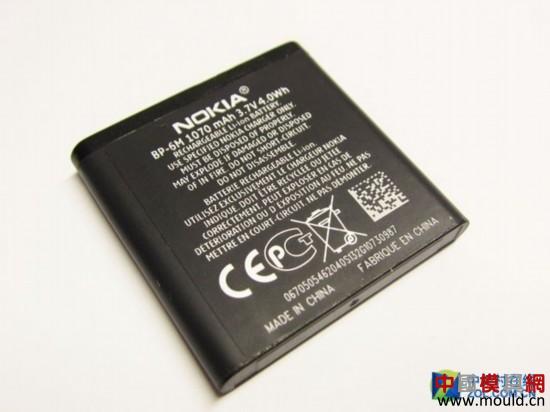 This page is a small tip:

Why are nickel-cadmium and nickel-metal hydride batteries eliminated?

Nickel-cadmium batteries contain metallic cadmium, which will cause environmental pollution, and this kind of battery memory effect is obvious and the power is not dominant. It is not suitable for mobile phones that need to be used with the charge, so it will be eliminated. Nickel-metal hydride batteries, although very environmentally friendly, have a relatively minor memory effect, but this problem has been alleviated with the maturity of technology. Compared to lithium-ion batteries, it has flaws in capacity, and with the lower cost of the latter, the cost advantage of nickel-metal hydride batteries is no longer, so the final lithium-ion battery will replace both.

Why are all 5th and 7th nickel-metal hydride rechargeable batteries on the market instead of lithium batteries?

Because in the early days, the voltage of No. 5 battery was regulated at 1.2V, and many products such as clocks, tape recorders, and remote controls were born under this standard, and the platform voltage of nickel-metal hydride batteries was exactly 1.2V, and from the cycle The number of times and cost are better than that of lithium batteries, so a lithium battery with a 3.7V platform voltage does not have much meaning.

In 2007, Apple released the iPhone with a large screen on the front, a button, a handset, and everything you see. Such a minimalist design caused a lot of sensation at the time, but later this large-screen design seemed to become the industry's standard and has continued to this day. However, under this design, the battery has once again become a bottleneck restricting the development of mobile phones, because the battery's life time is once again back to the level of a full day. 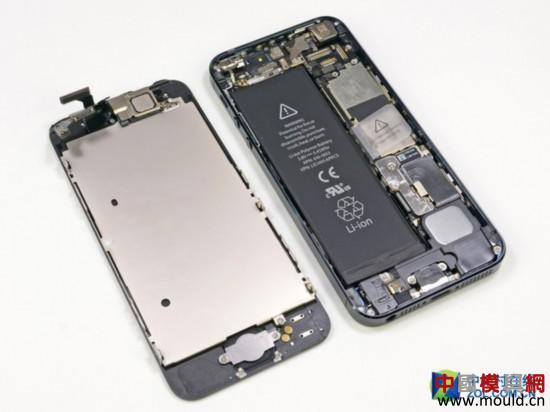 Inside the iPhone 5, the battery accounts for nearly half of the space

If we open up a mobile phone today, we will find it inside. The battery takes up most of the space. And today's lithium batteries have higher energy densities than ever before. But this can't support our increasing reliance on mobile phones, causing electronic components such as screens, processors, and memory to swallow up the electrons released from the battery. Designers of mobile phones are also constantly looking for solutions. For example, the following examples: 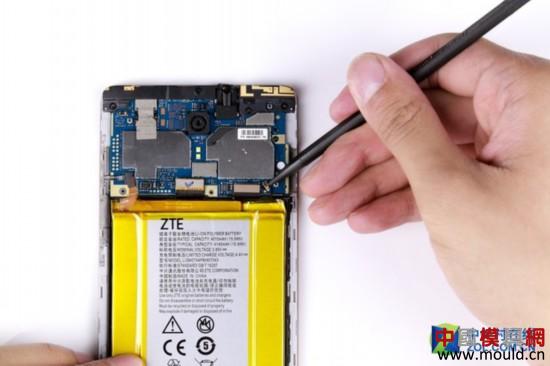 In my disassembled ZTE mobile phone MAX designer , designers use lithium-ion polymer batteries to freely shape the shape of the features , and create a stacked battery, to squeeze the cell phone only exist in a little space. However, such costs are high and the effectiveness is small, so it has not become mainstream. 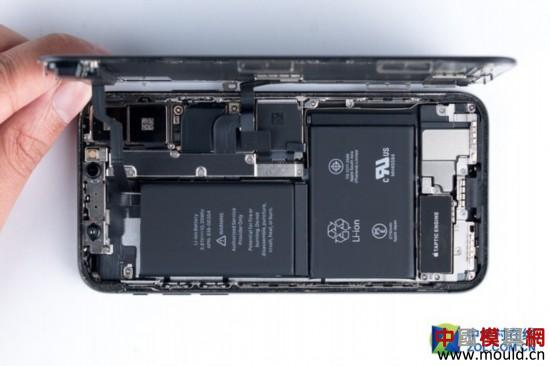 iPhone X uses a dual battery design, clever use of non-rectangular space inside the machine

Apple told us on iPhone X that a lithium-ion battery can't solve the problem. Then we use two to solve it. But the fundamental problem is that the battery still occupies most of the space, and the battery life of the mobile phone does not have outstanding performance. 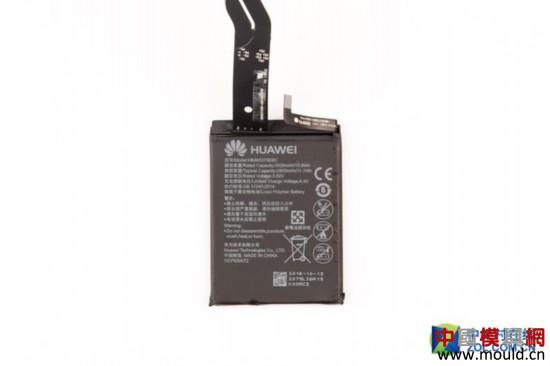 Another method of saving the country by the curve has become the mainstream of the industry, that is, the introduction of fast charging technology. However, charging too quickly will affect the battery's safety and life . To this end, some manufacturers began to "hand in hand" on the battery material itself. In Glory Magic's battery, Huawei introduced a new lithium-ion polymer battery technology, by introducing heteroatoms, changing the molecular structure of the graphite negative electrode, thus achieving rapid charging without affecting battery life . The highest power charge, up to 40W. This allows the machine to be fully charged for less than one hour.

However, no matter how advanced the fast charging technology, must have the appropriate charging environment and equipment constraints, it decided that it can not fundamentally solve the problem of lack of current mobile phone life.

â—† Then the question is, why is it so difficult for the battery to progress?

In the past 20 years, the mobile phone's power supply material was almost dominated by lithium-ion batteries, but compared to screens, processors and other originals, the battery technology progress was not obvious. But when we were irritated by this, in fact, the scientists of battery development may be even more anxious than us, because they almost deduced all the elements of the periodic table, and sought to find new positive and negative materials. .

However, if we want it to be safe enough, it must have enough energy and a very high number of charge-discharge cycles, and it must meet industrialized low-cost production. It is more difficult to increase the screen size than to simply increase the transistor technology. Much more...

After the small tip:

How to use a lithium battery reasonably, let it have a longer life?

Fast charging technology for the battery?

Fast charge technology will have an impact on battery life Do you know? Short-term high-current charging of the battery will also affect the battery life. However, due to the fact that most mobile phones now have a service life of 1-2 years, the impact of a few cycles may not be too great. But it still deserves our attention.