[China Instrument Network Instrument Industry] At the annual international conference of China's meter industry held in June 2017 in Wuxi, Jiangsu, Mr. Rian Sullings, a smart metering expert from Australia made a splendid speech and opened a new understanding to Australian participants. The window of the market, and made five predictions for the smart meter market in 2018, the smart meter will continue to develop rapidly in 2018 and reach new heights, and new solutions will emerge. 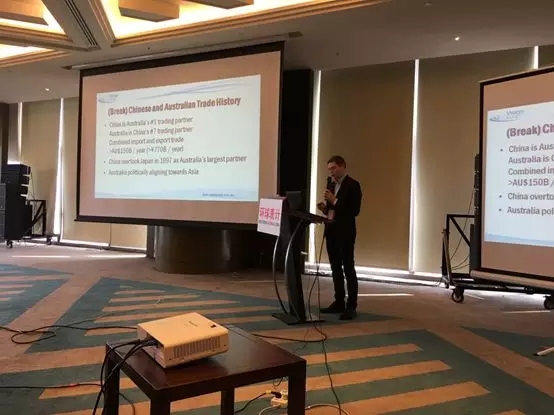 Mr. Rian Sullings speaks at the annual conference of China's international meter industry
LPWAN deployment will increase more than 10 times
If there is only one technology worth writing in the 2018 smart metering technology, it is a low power wide area network (LPWAN). LPWAN is a wireless network with long distance, low power consumption and low cost. In 2017, the coverage of these low-power wide area networks (LPWAN) has grown exponentially and will further increase in 2018.
The globally acclaimed LPWAN technology has entered the field of smart metering as an alternative to existing single supplier networks, where wireless networks, devices, and the usual head-end systems are provided by a single vendor with proprietary technology. This will cause vendor lock-in problems. As part of the smart water metering project, a single supplier network often requires operators to deploy private wireless networks. The global LPWAN has a strong ecosystem that includes equipment, software vendors, and multiple network operators, and will launch more IoT application cases and projects, such as smart street lights, parking sensors, and almost everything else.â€ "Smart" or "connected" to other physical devices.
Sigfox
Sigfox has been building its own network since 2009 and has been a pioneer in the field of LPWAN. Sigfox is striving to reach its goal by the end of 2018 - conducting business in 60 countries. As of January 2018, the company has provided Sigfox network services to 727 million people in 36 countries.
On January 9, 2018, under the testimony of Chinese President Xi Jinping and French President Emmanuel Macron, Sigfox signed a cooperation agreement with an elderly care technology provider in China to provide technical support for the company. This news was an important milestone, signifying that Sigfox technology has entered an expansion phase in China, one of the world's largest Internet of Things (IoT) markets.
In Australia, the federal government promised to provide 10 million U.S. dollars for local Sigfox operator Thinxtra, which will help achieve the target of 95% of the population by the end of 2018 (currently about 75%).
NB-IoT
The Narrowband Internet of Things (NB-IoT) is a low-power wireless network operated by cellular carriers such as Telstra, Vodafone, and Optus. It can be regarded as similar to a 3G network but with a wider transmission range and stronger penetration. The power consumption is also lower.
Since 2016, Vodafone (UK Telecom) has been providing technical support for the deployment and testing of projects in Victoria including smart metering. In 2017, Vodafoneâ€™s business scope expanded to the Melbourne CBD and Sydney, and Vodafone is expected to deploy throughout Australia this year.
As Telstra announces that NB-IoT has covered all major cities in Australia, it is clear that NB-IoT technology will be a leader in IoT technology, including in the field of smart water meters. Through this move, Telstra quickly caught up with those pioneers. Although the specific details of the coverage are not yet disclosed, it is expected that Telstra's NB-IoT network will become Australia's largest dedicated low-power network.
Optus has also been quietly developing their network and is committed to smarter water meter projects. In 2018, Optus may see more announcements on the NB-IoT program.
At the end of 2017, WaterGroup released the first Australian-standard digital water meter with integrated NB-IoT communication technology (Sigfox and LoRaWAN water meters are also planned for release this year). In 2018, the Australian utility sector will work hard to deploy this new generation of water meters.
LoRaWAN
LoRaWAN is one of the standards of the LPWAN and provides a framework for all interested players. Players can build and customize their own networks through global telecommunication operators.
Australian LoRaWAN network providers, including NNNCo, Meshed and GeoWAN, are expanding their networks nationwide and treating water companies as key markets. In 2018, we will see the first high-end project announcements using LoRaWAN technology in Australia's smart metering market.
New Zealand's leading telecommunications service provider, Spark, announced the deployment of the LoRaWAN network throughout the country in 2017. By mid-2018, the LoRaWAN network will cover 70% of the population. This will facilitate the development of remote monitoring applications and will promote the deployment of smart metering in 2018.
Blockchain Technology Enters Intelligent Water Metering
Blockchain is a technology in which information such as financial transactions is entered and maintained in a distributed ledger. This means that not only does one party verify the event and store the record in the central unit, but these events are collectively confirmed and recorded by multiple parties. Blockchain uses passwords to ensure that records are not maliciously altered, ensuring that this is a highly secure information storage and transmission system.
It is important that blockchain and encrypted digital currency are independent technologies. Not all blockchain applications are encrypted digital currency, and not all encrypted digital currencies are built on blockchain technology.
With the large-scale eruption of the cryptocurrency market in 2017, the price of Bitcoin climbed to US$19,600. Blockchain technology has benefited from market concerns and its value has been rapidly familiarized and recognized by the public.
Australian energy company Power Ledger makes use of blockchain and encrypted electronic currency to make P2P trade possible, thanks to the $8million Fremantle project supported by the government in 2017. Another organization, IOTA (though not directly using blockchain technology) provides a decentralized transaction network that provides encrypted e-currency solutions for IoT applications. IOTA holds market capital of about $10 billion on January 18, which is enough to show its interest in this market. These new technologies provide a safe and effective way for IoT systems to enable systems to automate transactions. Consider a weather station that automatically sells data to interested third parties and returns the benefits to the owner.
The data provided by smart water meters attracts many investors such as public utilities, insurance companies, equipment maintainers, infrastructure operators, and government agencies. This makes them potential platforms for blockchain applications, especially those targeting IoT applications.
(Original title: Five predictions about the trend of the smart meter market in 2018)