From April 20 to April 29, 2015, at the 15th Shanghai International Automobile Exhibition, Hendrickson (China) Automotive Suspension Systems Co., Ltd. brought a series of innovative suspension technologies and products for the first time in a high-profile debut. At the same time, using this platform, Hendrickson celebrated the 100th anniversary of his birth in Shanghai on April 21. 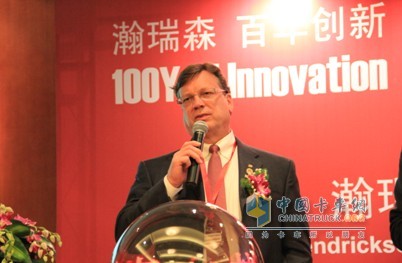 Greetings from Gary Gerstenslager, President and CEO of Hendrickson

For nearly a century, Hendrickson has written a centennial story with its innovative technology and high-quality products, and has developed into a global leader in truck and trailer axle and suspension technologies and markets.

In the course of a century, Hendrickson has been committed to serving the world of commercial vehicles. In 1926, Hendrickson's first balanced beam suspension was introduced; in 1969, the company entered the leaf spring industry, consolidating its position in the field of heavy-duty suspension; in 1978, Hendrickson was acquired by Boler Corporation, followed by a massive push into the trailer. Suspension and lifting bridge industry; later, Hendrickson sold the truck manufacturing business segment, focusing on the production of suspension systems and related components.

After 100 years of development, Hendrickson has become one of the most important suppliers of suspension systems for the commercial vehicle industry in North America and South America. However, the company did not stop there, but instead set its sights on the broader Chinese market.

In November 2009, U.S. Hendrickson invested 30 million U.S. dollars in China and established a wholly owned subsidiary in China, Hurry Sen (China). Its sales office is located in Shanghai and its factory is located in Jinan High-tech Development Zone, Shandong Province.

At this point, coincided with China's increasing "overload" punishment, heavy truck manufacturers have begun to seek "lightweight" technology line. Under this opportunity, Hendrickson (China) and China National Heavy Duty Trucks 2009 signed a strategic partnership, and based on the characteristics of the Chinese market, developed an innovative lightweight product HUV rubber suspension.

It is worth mentioning that Hendrickson HUV rubber suspension is gradually favored by China's hazardous chemicals transportation industry due to its excellent reliability, which can improve the smoothness and stability of vehicle operations.

After more than three years of development, today Henderson (China) has formed three business segments in the Chinese market, including HUV rubber suspension systems for heavy trucks, HCA trailer axles, and HSDS trailer air suspension systems. And have a stable customer base. 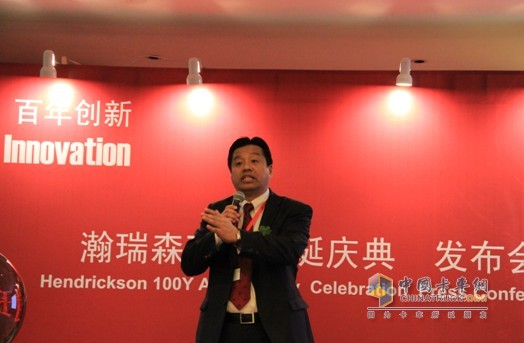 Mr. Zhao Zhonghou, general manager of Horison (China) shared with everyone the companyâ€™s achievements in China in recent years

China as an important strategic market

China is becoming one of Hendricksonâ€™s most important global strategic markets. Nowadays, in the field of commercial vehicles, "lightweight" and "rubber suspension" are mentioned. Many users will first think of Hendrickson's products. In just three years, Hendrickson has established a foothold in China and has achieved remarkable results in several areas.

In 2012, Hendrickson (China) achieved a great success in product sales. Among them, the HUV (rubber suspension) loading rate increased from 13% in 2011 to 21%, and in the case of a 30% drop in truck sales, the Product sales increased by 31%; sales of trailer axles reached 15,800. The increase in the sales volume of these two products directly contributed to a 68% increase in sales in Hendrickson (China).

In addition, Hendrickson (China) also has impressive results in reducing costs. The proportion of freight to sales revenue dropped from 11.5% in 2011 to 3.5% in 2012, and the arrival rate increased from 75% at the beginning of the year to 100%.

In 2013, while vigorously extending its product line, Hendrickson (China) changed its previous low-key approach and began to actively engage in communication and cooperation with other OEMs. It also made frequent appearances at major domestic related industry exhibitions throughout the country. In the range, Hendrickson is promoting its rubber suspension products.